In stock (can be backordered)

The Modern Defiant Texan Tee Shirt, Quality, and integrity defined. Only at ProudAmericansWhoServe.com

To ensure your polo fits after multiple washings and if you also wear an undershirt, the polo fabric will be cut 1/3 size larger than standard cut sizes.

So, if you wear another brand’s X-Large Polo and it fits or is slightly snug, then our X-Large polo will fit “comfortably”*. If on the other hand; the other brand’s Polo X-large is “perfect or slightly loose”**, then you may consider ordering one size smaller than what you normally wear. Our polo’s were created with long term wear in mind and in the event they shrink due to high heat drying; the polo will wear as the size promised.

* The term “comfortably” refers to the polo having very little to no skin contact around the torso and abdomen area.

** “Perfect or slightly loose” is referring to the other brand’s polo that wears as desired in its NEW  unwashed condition.

Some shirts that are non-polyester or polyester/cotton mix will shrink with washing and drying. Please consider this when placing your order to avoid getting a too small or large polo. 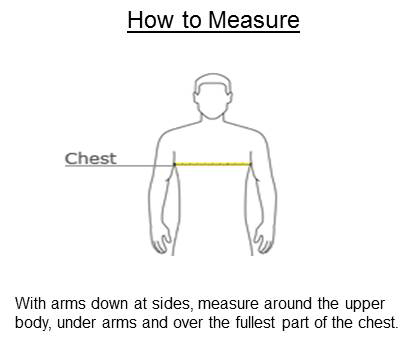 Our new Tee Shirt Line has the same great quality as the Proud Americans Who Serve Polo Shirts.

The Defiant Texan tee shirt has the same great story as the Defiant Texas Polo Shirt. It is a way for people who originated from, or who live in the great state of Texas to show their pride while out and about.

On the other side of the Defiant Texan; perhaps no flag was more defiant than the Gonzales flag, showing a cannon, and the challenge, “Come and Take It”. This flag comes distressed also.

In early January 1831, Green DeWitt wrote to Ramón Músquiz, the top political official of Bexar, and requested armament for the defense of the colony of Gonzales against raids by Comanche Indians. This request was granted by the delivery of a small used cannon. The small bronze cannon was received by the colony and signed for on March 10, 1831, by James Tumlinson, Jr.

The swivel cannon was mounted to a blockhouse in Gonzales and later became the object of Texas pride. At the minor skirmish known as the Battle of Gonzales—the first battle of the Texas Revolution against Mexico—a small group of Texans successfully resisted the Mexican forces who had orders from Colonel Domingo de Ugartechea to seize their cannon.

As a symbol of defiance, the Texans had fashioned a flag containing the phrase “come and take it” along with a black star and an image of the cannon that they had received four years earlier from Mexican officials.

This was the same message that was sent to the Mexican government when they told the Texans to return the cannon; lack of compliance with the initial demands led to the failed attempt by the Mexican military to forcefully take back the cannon.

Texans to this day are proud of their history and refuse to give into systematic reform and obedience that is expected. The Defiant Texan is a way of showing all, “I will resist and fight”

The entire Proud Americans Who Serve Polo line is made with high-quality Jersey mesh polyester material to ensure you have a shirt that will be the same size and quality after numerous washes with colors that are unwavering in detail and resilience in color.

The Proud Americans Who Serve Tee Shirts are made with flatlock stitching using 4 needles with 6 threads overlocking.

Caring for your Proud Americans Who Serve Polo

Please adhere to these washing and drying instructions to ensure your shirt last for years to come.

There are no reviews yet.

Only logged in customers who have purchased this product may leave a review.